Curt completed medical school at the Ohio State University College of Medicine followed by a family medicine residency at OhioHealth Riverside Methodist Hospital.  He then practiced in rural Indiana for six years prior to returning to OhioHealth and the Columbus community in 2001.

In 2001, he assumed the role of associate program director in the Family Medicine residency program at Riverside Methodist Hospital.  During this time he received the teacher of the year award four times and also served as chair of the Department of Family Medicine from 2004 to 2008.

In 2009, he became the executive director for Medical Education and the Designated Institutional Official at OhioHealth Grant Medical Center. In this role, Curt was responsible for the accreditation and operations of four ambulatory patient care sites, the hospital medicine service line and 11 training programs.

In addition, Curt he served the co-chair of the OhioHealth system Opioid Task Force. The task force has worked to organize, prioritize and collaborate with other community organizations to impact appropriate opioid utilization and prescribing for OhioHealth and the communities served.

He is married to his high school sweetheart, Deanna and they have two children. He enjoys a good cup of coffee and organizing short-term medical mission trips to coffee villages in Chiapas, Mexico. 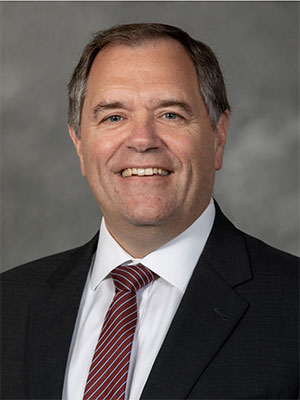