In addition, Mr. Lawson is a member of OhioHealth’s strategy, operations and business development corporate committees.  He is also responsible for partnering with OhioHealth executive leadership to develop a market based strategic plan for the surrounding south Columbus communities that OhioHealth serves.

Mr. Lawson has 34 years of healthcare management, operations and strategic program development experience. He joined OhioHealth in 2009 as Grant’s chief operating officer. He was named president in 2013. In his role as president, he has been instrumental in partnering with medical staff and leadership to improve patient care, promote efficient operations and provide senior leadership for the development, operation and strategic oversight of hospitals, Freestanding EDs and ambulatory facilities.

Mr. Lawson began his career at the Cleveland Clinic in 1985 performing chest X-rays. As he transitioned to administration, from 1994 to 2001, he held progressive management positions that advanced from an administrator role to senior level vice president positions responsible for service line, hospital-based and health system operations. From 2006 to 2013, he gained eight years of experience serving as right-hand to hospital presidents in roles such as the vice president of operations and chief operating officer at the Cleveland Clinic and then at OhioHealth.

Mr. Lawson has published several books and articles on healthcare and leadership. He holds a bachelor’s degree from Baldwin Wallace University and received his master’s degree in Business Administration from Cleveland State University.

Mr. Lawson serves as an advisor and board member of additional organizations such as Franklin University and OhioHealth Home Health. Previously, Mr. Lawson served on the board for the Columbus Metropolitan Library, Westerville Endoscopy Center, Eastside Surgery Center and Downtown Endoscopy Center. He is a member of the national Executive Leadership Council, American College of Healthcare Executives, Medical Group Management and National Association of Health Service Executives.

He enjoys traveling, reading, exercising and spending time with family and friends. 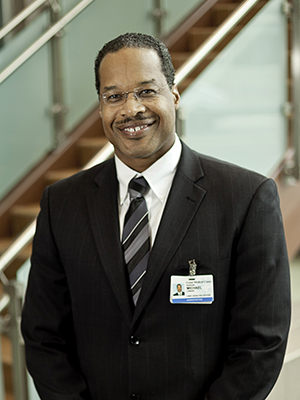